Dan Brown and the Hardy Boys 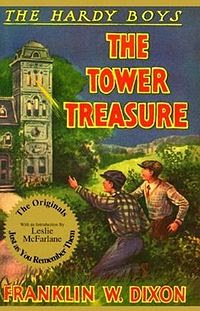 I admit it. I’ve enjoyed reading Dan Brown’s novels. And I’ve read all but one, from Deception Pont to The Da Vinci Code. It’s fashionable to disparage Brown’s writing, and some of the disparagement is merited. A few years ago, I read Angels and Demons, the first Robert Langdon novel (in the movies the order is reversed—The Da Vinci Code comes first). The book mentioned a secret passage from Castel Sant’Angelo to the Vatican. I asked my wife, who majored in art history, if there was any truth to it. She let me know there was nothing secret about it—everybody knew about it. Well, not everybody, as I clearly didn’t. Brown has a knack for turning facts into mysteries and mysteries into facts. And often he’s just dead wrong.

Any art historian will tell you that the figure of St. John in Leonardo Da Vinci’s Last Supper is male and that Leonardo intended him to be male. When the New Testament refers to Mary of Magdala as Jesus’ "companion," Brown’s protagonist says it’s a mistranslation: the Greek word should be rendered into English as "wife." But biblical scholar Bart Ehrman says the word means "companion." I trust Ehrman’s scholarship over Brown’s.

Still, Brown can write a page-turner. I’m willing to suspend my disbelief (except for the time in Angels and Demons when Langdon jumps from a helicopter without a parachute, falls over a thousand feet, and lives) and just enjoy the story.

Adam Gopnik writes about Brown in the September 28 issue of The New Yorker (p. 21). And like all intellectual critics of Brown’s he goes after the kind of thing that an intellectual would notice: that neither Harvard, nor any other university, has a department, or even a field of study called "symbolology." As Gopnik points out, Microsoft Word’s spell-check doesn’t recognize the word. The proper term for the study of symbols is "semiotics."

But Gopnik does something most intellectual critics don’t. He explains the appeal of Brown’s style:

Brown’s writing resembles less the adult best-sellers of the past, which popularized high literary forms—"Gone With the Wind" was a kind of kitsch Tolstoy—than the adventure stories that were once the staple of adolescent literature. Tom Swift and the Hardy Boys were always in the midst of compelling conspiracies; there was always a code that had to be cracked, and ancient Asian priests and ancient Asian cults invading their cozy American world.

And that may be the secret of Brown’s appeal: his books are as sweet-tempered as they are secret-minded. Langdon exposes horrible conspiracies, but it turns out that, with the exception of a few homicidal hotheads, who have maybe let the thing run away with them, decent, well-intended guys run even the weirdest cabals...

I didn’t grow up reading the Hardy Boys books, but I read them to all three of my children. And I enjoyed reading them as much as they enjoyed hearing them. They’re fun to read, as are Brown’s works. But instead of Frank and Joe Hardy, who manage to explain mysteries whose solution was beyond the ken of the local police, Brown gives us Professor Robert Langdon, who can outthink the Vatican police and the Police Nationale. And as a bonus, Langdon is usually accompanied by a beautiful dark-haired, dark-eyed woman who’s constantly astounded by Langdon’s insights. Funny thing: the beautiful dark-haired, dark-eyed woman I married can figure out the mysteries a lot faster than Langdon does. Maybe she should have become a "symbolologist."

I really can’t justify spending money on Brown’s latest bestseller, The Lost Symbol. But I’ve got a hold on a library copy. I’m only thirty-fifth in line. 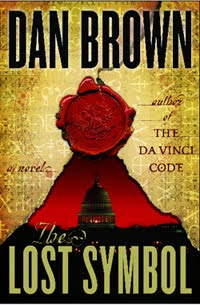 Posted by steve on the slow train at 4:21 PM

Great post. Although I sheepishly admit that I'm one of those "fashionable" people who disparage Dan Brown.

I've been nonplussed at times by the nature of the criticism of Dan Brown. Literary criticism is fine, but who cares if his "facts" are straight? Last I heard it was a novel, a work of fiction.

I am not holding out any brief for Mr. Brown's writing skills, but he spins a decent yarn, and what more can be expected. See my recent post about "Art."

Elizabeth--Thanks. I've made some disparaging remarks myself, but I still enjoy reading him.

Gerry--Even though Brown's work is fiction, he presents information that the reader has to presume to be nonfiction. My blog friend Charles Gramlich (razored zen blog) says Brown relies too much on "info dumps." I'll have to revisit your post on art.

If the reader of a work of fiction decides to presume some of what is told is fact, isn't that on the reader and not the writer?

I don't assume everything recited blandly as fact/reality in a Clancy novel is true. Should I?

Gerry--Just started the audio version of "The Lost Symbol." Brown, in his preface, declares much of his material to be true. I'm pretty sure he did the same in The Da Vinci Code. It's qualified, but when he fails to deliver on things he's declared true in the preface, it can be a problem. I'm not sure whether he lives up to his word in The Lost Symbol yet.