Clio, William Aydelotte, and the New Left, or Why I Quit the History Racket and Joined the Railroad 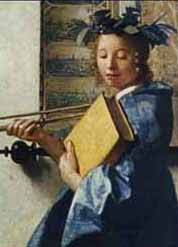 While unpacking books I had brought back from Bloomington, I came across The Mystery Writer’s Art, edited by Francis M. Nevins, jr. (Bowling Green, OH, Popular Press, 1970). I turned to the article, “The Detective Story as a Historical Source,” by William O Aydelotte. The article itself really didn’t live up to its name. Professor Aydelotte spends most of the article trying to debunk myths about the detective story, in language such as this:

The charm of detective stories lies neither in originality nor in artistic merit, though they may possess both these qualities. It consists rather in the repetition of a formula that through trial and error has been found pleasing. We read these books, not to have a new experience, but to repeat in slightly different form an experience we have had already. Thus, for example, the “surprise” ending is not really a surprise. It is the ending we suspect and demand, and we would feel outraged if any other kind of ending were offered to us. It is true that many of these works introduce elements of novelty in the background and setting, and that the best of them show considerable skill in writing and construction. Such amenities, however, serve not so much to change the formula as to render it more palatable to the highbrow. The educated part of the detective-story audience shows no unwillingness to accept the formula but merely a fastidious distaste for its cruder expressions.

Aydelotte gets to his point in the next paragraph:

The interest of detective stories to the historian is that they shed light on the people who read them. By studying the fantasies contained in this literature, one may gather a description of its readers, in terms of their unsatisfied motivational drives. Thus these books are the more illuminating the more unrealistic and inaccurate they are. It is precisely by their inaccuracies that they reveal attitudes and emotions of the audience to which they cater…

Professor Aydelotte goes on to present what appears to be a Freudian analysis of the detective story reader. But rereading this 1950-vintage article brought me back to 1979, when I quit the history racket and joined the railroad, by way of Iowa City Transit, the French National Railroads’ Chicago office, and CIT Tours.

After graduating from the University of Iowa in December, 1976, I was accepted into the master’s program in the Department of History. There’s probably no good time to get a degree in history, at least from a financial point of view, but the late 1970s were certainly not the best. With thousands of other baby boomers swelling the ranks of graduate schools, it wasn’t the most hopeful prospect. Still, I hoped I could write about the history of rail passenger service in the post-World War II years. I had heard that while there were few jobs in history, there was a lot of interest in the history of technology.

Perhaps the first thing that told me that graduate school was a mistake was the cocktail party for graduate students, given at the home of one of the professors. I’m pretty shy and don’t do well at parties. And at least in those days, cocktail party skills were crucial to employment in the field.

I did well in classes—not straight A’s but a mix of A’s and B’s. But in conversations with the some of my fellow historians, I learned of a new trend in history: quantification. Actually, I knew about it, but wasn’t aware of how pervasive it had become in the field.

The quantifiers, armed with computer technology, were revolutionizing the field of history. And I must admit they did provide fresh insights into the past. Statistical analysis of records, once a tedious and time-consuming process, could be done quickly even with the computers available in the late 1970s.

There were some early missteps. In Railroads and American Economic Growth: Essays in Econometric History (1964), Robert W. Fogel used statistical analysis to argue that the industrial development of the United States would have been the same with or without railroads. In the late 1960s, when American railroads were in decline, most historians thought Fogel had proved his point with the certainty of mathematics. Then Fogel published Time on the Cross: The Economics of American Slavery (with Stanley Engerman), which suggested that American slavery was not so bad as had been believed. Historians revisited Fogel’s earlier book and found flaws in his reasoning.

By the time I was in graduate school, quantification was seemingly taking over history. In fact, there was one professor at the University of Iowa who told his students that if it couldn’t be quantified, it wasn’t history. At least that was the story I got from fellow students who had taken Professor William O. Aydelotte’s classes.

Did I want to get into a profession in which events and personalities were replaced by numbers? I knew very well that I’d have to deal with statistics and accounting methods in writing about railroad passenger service. But for me, history had to be more than just data. The Greeks dedicated a Muse, Clio, to history. Thus, in the broad sense of the word, history is music. And while scientific developments can be useful, the fascination of history to me is in its music.

“The past is a foreign country," wrote British novelist L.P. Hartley. "They do things differently there.” Would that foreign country be reduced to columns of numbers?

In spite of my doubts, I kept at it. In the 1978-79 school year, I took a seminar in contemporary American history from Professor Ellis Hawley. He was not of the quantification school, and the readings were fascinating. Each week we read and reviewed a book. We studied historical method, discussed various schools of historical thought, and even made a field trip to the Herbert Hoover presidential library in West Branch. (Hoover’s library also includes the papers of conservative columnist Westbrook Pegler—for a while it was taking in just about any papers of right-wing figures.) And I learned that the Hoover library had become a mecca for New Left historians.

I’ve never quite understood Hoover’s appeal to the New Left. My suspicion is that New Left historians appreciated Hoover’s unstinting belief in capitalism. He was, to them, true to his class. Had Hoover been re-elected in 1932, perhaps America would have had the revolution that Franklin D. Roosevelt prevented. FDR, who saved capitalism by instituting limited socialism, was anathema to the New Left. FDR was my favorite president.

The final paper for the seminar had a catch: Students would read and evaluate each others’ papers. It was, of course, a great way to learn the business of teaching. And I came to the conclusion I wasn’t ready for it. I had been under a lot of stress the previous year, and perhaps I wasn’t seeing clearly. But when I was assigned to read the paper of the sole New Left historian in the seminar, who was writing a paper on economics in the 1930s, I knew I couldn’t do it. Oh, I would have bent over backward to be fair to my fellow student, even though I didn’t agree with his politics. I just had very little understanding of economics and didn’t feel competent to evaluate his paper.

So I withdrew from school and took advantage of one skill the University of Iowa had given me: bus driving. Cambus, the school’s campus bus system, put me through undergraduate school and two years of graduate school. I first found a job with Cedar Rapids Transit and then was hired by Iowa City Transit. After a year of bus driving, Kathleen and I moved in with her parents in Davenport while I looked for something else. I went to travel school in Chicago, staying with a family friend. In the summer of 1981 I got a temporary job with the French National Railroads office in Chicago. When that job was about to expire in the fall, the position of Rail Coordinator at the Bensenville, Illinois office of CIT Tours (Compagnia Italiana Turismo), the agency representing the Italian State Railways, became available, and I got the job. Finally, in February of 1984, a new-hire class opened up at the Amtrak Reservations Sales Office in downtown Chicago. I’ve been working for Amtrak, in one capacity or another, ever since.

But Clio still calls out to me to resume our love affair. Now that I’m actually living at home, I plan to embrace her once again—either through the Indianapolis Examiner or perhaps by way of one of the local newspapers. Professor, Aydelotte, who has since passed on, was wrong about the future of history---at least so far. Clio still inspires historians—even some of those who rely on statistical analysis.

P.S. I should add that I find that the detective story, with its attention to detail, can be a wonderful historical source when trying to understand the habits, attitudes, mores, and beliefs of the past. R. Austin Freeman’s Doctor Thorndyke stories meticulously describe the medical and legal aspects of Edwardian England. To get a feel for everyday life in antebellum western Virginia, check out the Uncle Abner stories by Melville Davisson Post.. To understand the British class system in the 1930s, Margery Allingham’s Campion novels have a wealth of information. Dorothy Sayers’ Murder Must Advertise is as good a description of the British advertising business circa 1930 as any nonfiction work. There are countless more examples I could cite. Perhaps, in an article about the 1960s folk scene, I can cite Elkhart-born mystery writer Thomas B.Dewey (as opposed to Thomas E. Dewey, who “defeated” Truman in the Chicago Tribune), whose novel, A Sad Song Singing, brings the era to life.

P.P.S. The image of Clio is a detail from Vermeer's The Allegory of Painting, courtesy of Wikipedia.
Posted by steve on the slow train at 4:16 AM 6 comments: 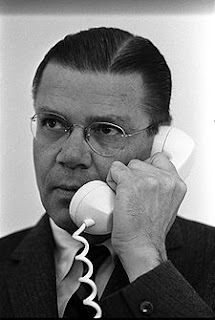